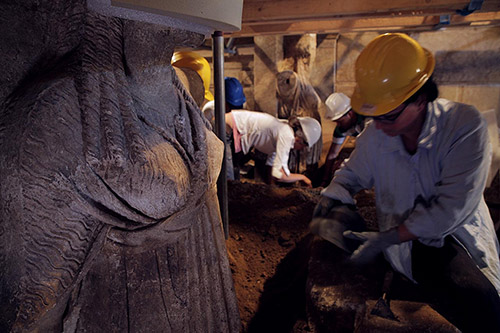 Check the pictures – the face of the second Caryatid was not removed from grave robbers – It was found in the soil and pasted from the group of archaeologists in the tomb.

The information coming to light regarding the tomb Amphipolis, is absolutely impressive. Pictures published a few hours ago by the greek Ministry of Culture disclose that the caryatids of the tomb of Amphipolis are integral.

The caryatids were simply “buried” in the soil that lays between the septal wall where they are put and the sealing of the wall. The eastern face of the Caryatid detected in soil during excavation and affixed to the statue.

According to the announcement of the greek Ministry of Culture, today removed the first Domos of the sealing wall in front of the caryatids and revealed the continuity of the “cheiridoton” robes of the two sculptures. 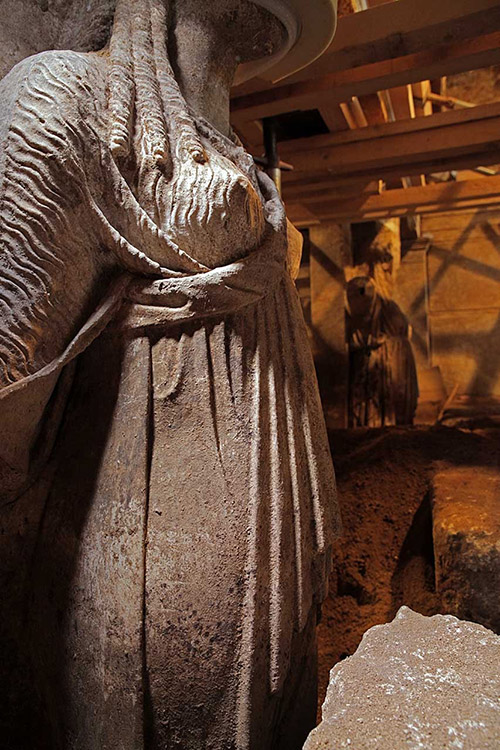 The caryatids, from the outside, appear to slightly lift their coat with the same hand. 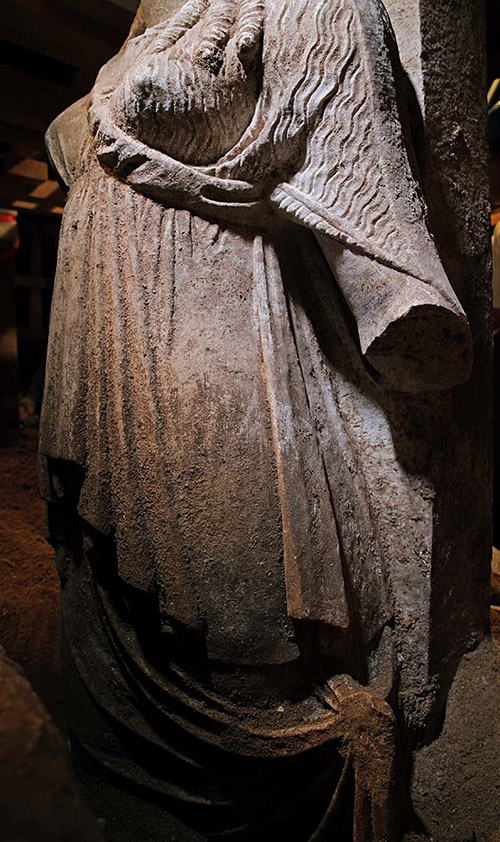 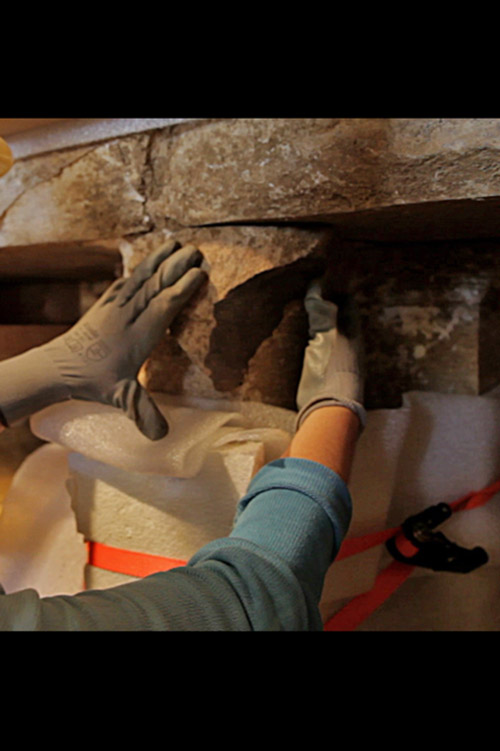