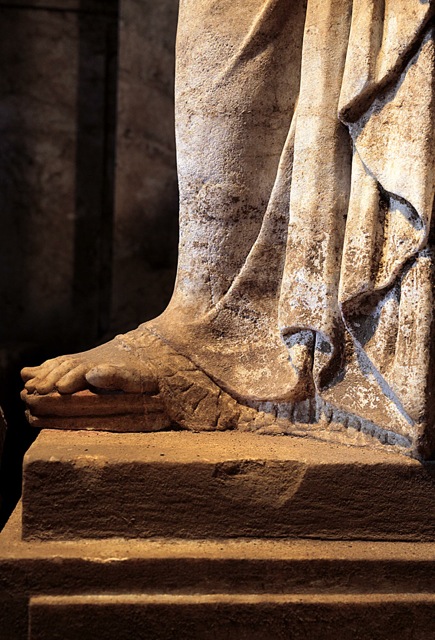 By removing three rows of limestone sealing wall, in the front part of the second baffle wall, the whole of the Amphipolis Karyatids is finally revealed.

They have a height of 2,27m. Wearing a long chiton and long fringed robe with rich folds. On the feet, they wear sandals, which are decorated with red and yellow color, while the fingertips of their feet have been attributed with great detail.

They stand on marble pedestals,  1.33 M length. and 0,68m. width each, which have been revealed, currently at approximately 0.30 m. heught . The faceades of the pedestals are formed with coronations and stanchions. They follow the same type of marble lining as the walls of all the other compartments. The distance between the two pedestrals is 1.68M., the same as the door opening of the first diaphragm wall with Sphinxes .. On the surface of the base of the eastern Karyatid, we can see a distinctive red color. Also, while removing the sandy embankment near the Caryatids we have found parts of their hands. 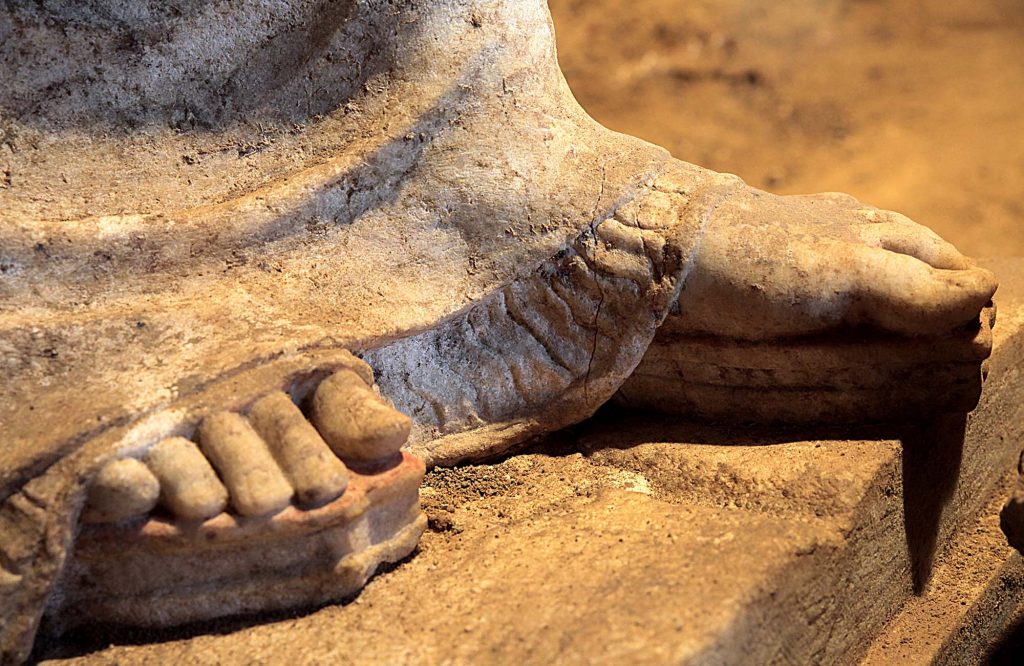 In third place was held Drilling sample check by manual drilling in the default locations. . So found a marble doorway, opening 0.96 m., In the north wall. 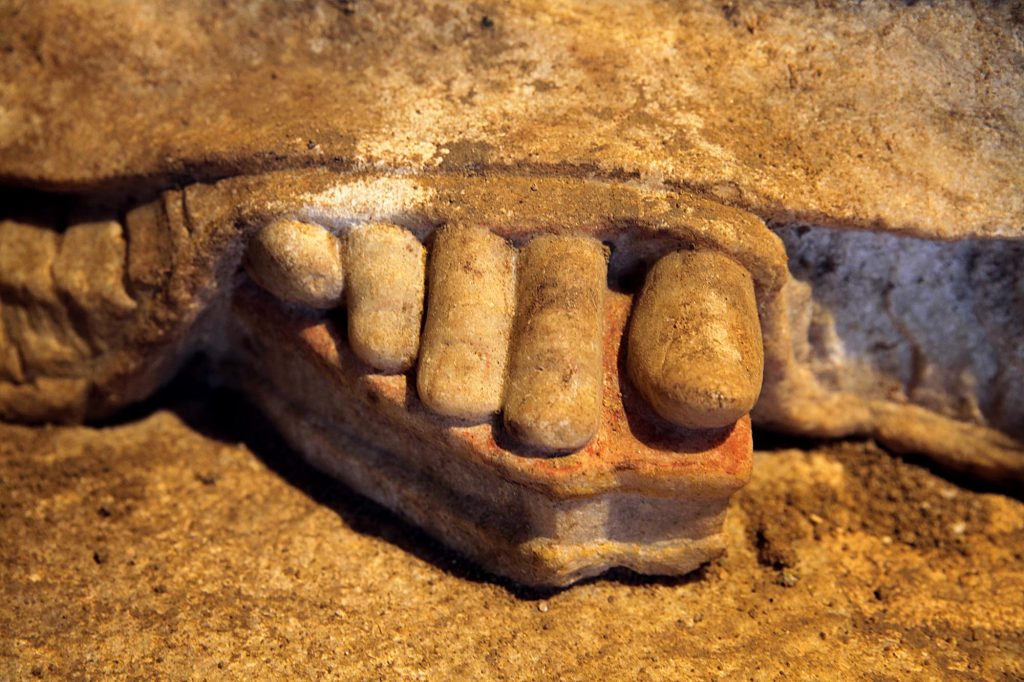 In the same area measurments were held as for the consistency of the air inside the chambers and showed that the consistency of oxygen and carbon monoxide is normal. The relative humidity (87%) is a bit high and the temperature ranges from 21,5 – 22,70C.

The above conditions of the microclimate of the third chamber pose no problem for workers inside.