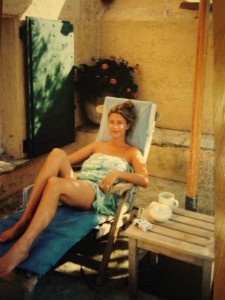 American archaeologist Dorothy King gives an answer to Skopje twitter users, of whom she receives a barrage of verbal attacks and insults.

The archeologist replied to the threats made by Skopjans with a sense of humor and sarcasm across her written lines. One of her twits says:” Seriously? An idiot sending me threats because I’m a Greek whore hiding the truth about Skopje”.

Dorothy King continued expressing her rage “I’d rather be a Greek whore than a Skopjedonian… sounds more fun” and added that “Blocked a Skopedonian today, yesterday, another the day before…it’s a pity they don’t use the energy for something productive”.

A few days back the American archeologist made a reference to the allegations by some Skopjans who supported that Amphipolis is not Greek. Ms King  characterized these allegations  to be “ridicules”, which may be the reason that “fired” the wrath of Skopjans.